Discussions on forming a Rotary Club in Bromsgrove first took place in 1936. The club was officially recognised by Rotary International in September, 1936 and was formally inaugurated on December 31st, 1936.

The Charter was presented to the club on the December 9th, 1937 at the Golden Cross Hotel by Midland District Chairman Tom Rose. The club's membership at the time was 27.

In 2012 the club reached it's 75th birthday. During the past 75 years the club has provided help to many people and organisations both locally and internationally and has started 5 daughter clubs which are all still thriving. 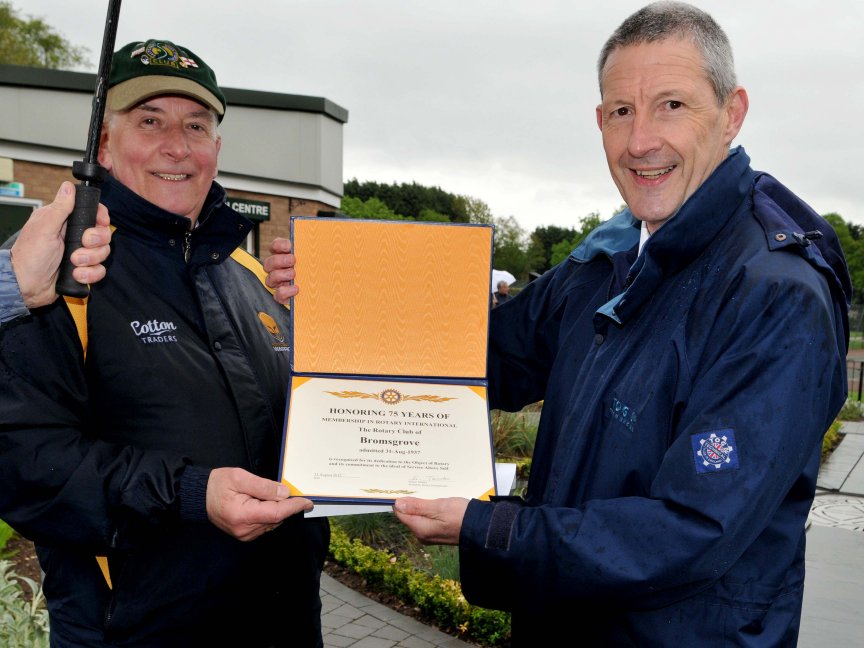 For further details about the founding members of the club, please click the Founding Members button.

For details about the current members of the club, please view the Members page.