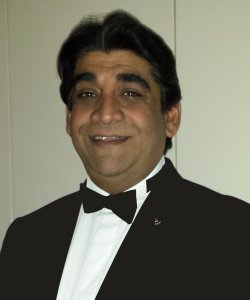 My initial exposure to Rotary was from a very young age, in India, where various members of my family were Rotarians. Those of us whose relations were Rotarians were often ‘drafted’ to help out with the Rotary functions. This provided excellent exposure and ‘heaps’ of fun for us, the young ones.

Fast forward to years later and with the wisdom of age when the philanthropic bug insists that one must play one’s part, I could think of no better organisation than Rotary. The organisation satisfied all my criteria. I am now, as part of the Rotary club of Bromsgrove, working with some of the friendliest people I have ever met. The emphasis is not only of raising funds for various causes but enhancing friendship as well. This is on local, national and international level. In addition, as a registered charity, Rotary, as an organisation, has one of the lowest costs of fundraising in the world.

I am honoured to have been chosen as President Elect for the year 2016 – 2017 and look forward to being the club President in 2017.