In October 2003 The Rotary Club of Bromsgrove provided an oak tree to be planted in Sanders Park in memory of those who lost their live in conflicts. The tree was planted by Bromsgrove District Council Chairman John Tidmarsh and was presented to the Burma Star Group, RAF Association, Royal British Legion and Royal Naval Association on October 19th by Geoff Neale, President of the Rotary Club of Bromsgrove. 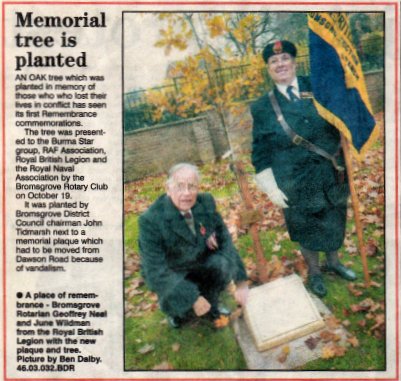 On October 4th 2014, 100 years from the start of the First World War the club held a service at the memorial tree as an act of remembrance. The service was conducted by Rev Atfield and attended by members of the club and public, including Past President Geoff Neale and John Tidmarsh who had both been instrumental in the planting of the tree. 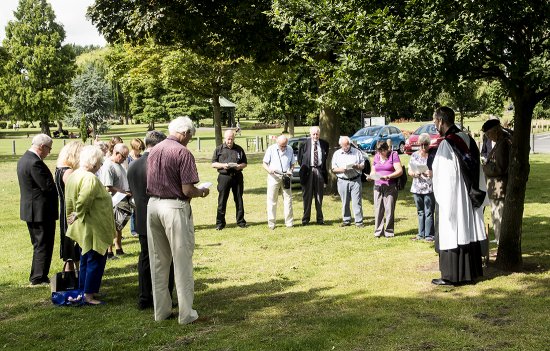 Following the service a poppy wreath was laid at the tree by club President Tony Docherty and then a minutes silence was observed. 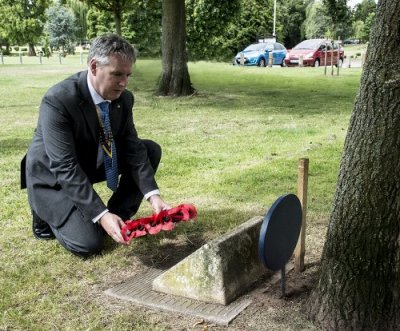